What is aerotoxic syndrome?

It is a set of respiratory, neurological and other symptoms that can occur as a consequence of exposure to contaminated air on commercial, corporate and military passenger aircraft as well as in the off shore oil industry.

Exposures occur because the breathing air on all passenger, corporate and military transport aircraft (except for the Boeing 787) originates from the compression section of then engine. This air known as ‘bleed air’ is known to become contaminated with heated synthetic jet engine oils and hydraulic fuilds that contaminate the ‘bleed air’ which is ultimately then air you breathe and the air that pressurises the aircraft. These oils contain organophosphates such as tricresyl phosphate and tribute phosphate. Additionally, crew and passengers may have an exposure to chemicals used as antioxidants, lubricants, flame retardants, etc., such as organophosphorus pesticides and PBDEs.

These contaminated air events were first reported in the early 1950s on military aircraft and have been much more widely reported on civilian aircraft such the smoking ban of the late 1980s / early 1990s.The increasing number of cases, require specialised knowledge for its diagnosis and treatment.

In chronic cases, signs of degeneration of brain tissue, surface anti-neuronal antibodies and cognitive impairment of various levels are detected, as well as depression and/or anxiety.

It is very important when detecting these symptoms and belonging to one of the risk groups affected to have a specialist in aerotoxic syndrome to make an accurate diagnosis and protocolize a suitable treatment. If you want to request an appointment, please, phone us or fill the form and we will get in touch.

The Importance of prevention in aerotoxic syndrome

Obviously, the most effective measure is to amend laws that affect the causes. It has been necessary for years to urgently regulate the limits on the amount of chemicals that can be contained in the air of an aircraft cabin. In addition, it is essential to disseminate the causes and symptoms of this syndrome among the public and professionals and avoid permanent silence on this issue on the part of those affected.

If you want to request an appointment, please, phone us or fill the form and we will get in touch 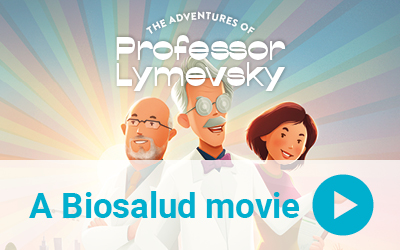 One of the first measures is to follow the guidelines of Environmental Medicine and improve daily habits with a healthy life, free of chemical contaminants and with a balanced and natural diet.

At Biosalud Day Hospital we apply an intensive and periodic treatment with detoxification cures, Glutathione serums and specific draining substances for these types of chemicals. We supplement this treatment with oral liposomal glutathione and melatonin as a protector of brain tissue. We also recommend frequent saunas under control.

In addition, TOXICpheresis has been shown to be the most effective system to completely clean the affected tissues of all these types of chemicals in aerotoxic syndrome due to its effectiveness as a treatment when filtering the chemicals contained in blood. The analysis of the eluate containing all the filtrate makes it possible to scientifically verify the high effectiveness of the procedure.

What are the “fume events” on aircraft that have to do with aerotoxic syndrome?

“Fume events” or “Contaminated air events” refers to episodes of contaminated air in the aircraft. Its very rare to see any visible component but this can occur in significantly severe events.
Contaminated air often smells like a sweaty sock smell as you are smelling chemicals like carboxylic acids that come from the base stock of the oil.

The cans of synthetic jet engine oils and hydraulic fluids passengers and crews are being exposed to on aircraft contain organophosphates and clearly state: ‘do not breathe mist or vapour from heated product; risk of cancer; suspected of damaging fertility; etc…’

What systems do aircraft cabins have to avoid these toxic chemicals?

Aircraft have HEPA filters to remove bacteria and viruses and a few have a combined HEPA/VOC filter but this is ONLY in the recirculated air. The ‘Bleed air’ is not filter for ultra fines and organophosphates.

How can we detect a “fume event” on the plane?

It is characterised by:

Ask for an appointment by phone or filling the form.